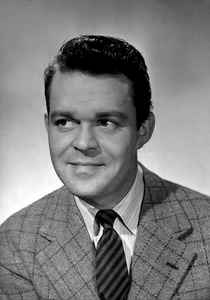 Asmussen started playing violin at age seven and made his professional debut in 1933. He made his first recording as a leader in 1935. At first he studied to become a dentist when not playing gigs, but from 1937 he became a full-time musician, playing with visiting stars, including Josephine Baker, Fats Waller and The Mills Brothers. He started gaining a reputation in both London, Paris and Berlin, but the outbreak of war halted planned tours. Due to the Nazi's hate of jazz music, it was used as a political protest in occupied Denmark (and elsewhere) and Asmussen got arrested. He still succeeded in recording a string of singles for the Odeon label through the first half of the 1940's. Later shifting to the Tono label. From the early 1940's he also became active as an actor in both films and on theatre, mainly in comedies.

In 1945, he formed a new sextet and started touring Europe as a jazz artist, while still making pop music for films, radio and TV - and from the 1950's touring and recording with the popular The Swe-Danes. Strict immigration laws kept Asmussen from touring the US and hence he has stayed little known Stateside. He did, over the years, record with Lionel Hampton, John Lewis (2), Benny Goodman and Duke Ellington and appeared in the 1967 Monterey Jazz Festival "violin summit" with Ray Nance and Jean-Luc Ponty. And when a dozen or more American jazz artists started moving to Copenhagen he formed groups with Ed Thigpen and Kenny Drew.