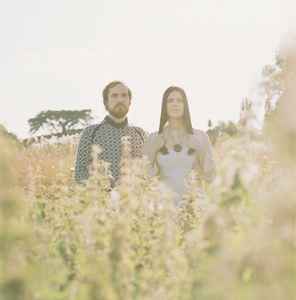 It would take nearly three years for Echo’s Answer, their next EP, to be released, shortly followed by the band’s first album, The Noise Made By People, and three more EPs. This profusion of EPs has shown that, far from being a simple tool to promote their albums, they are actually a platform for the band to explore and take their sound to uneasy territories.

Broadcast’s intimate experimental pop is fuelled with references to the work of the seminal BBC Radiophonic Workshop, Ennio Morricone or John Barry. Often associated with Stereolab in the early days, the sound of the band has developed considerably since.

May 26, 2018
Some of the best music ever made. Absolutely gorgeous stuff.
See 1 reply

Haunting and joyous, this band simply does not play out like so many others.
:')

March 13, 2015
Got my bundle in the mail yesterday, represses sound fantastic. so excited to finally be able to own and play these.

March 6, 2015
Just bought the vinyl bundle on bleep,can't wait to hear this bands material pre-2009 (all I've heard up till now is the joint lp with the focus group and 'berberian sound studio').

March 3, 2015
I hope warp does good quality this time ! Boards of Canada reissues went all wrong :(

thanks warp for repressing these seminal albums for all of us!

June 27, 2014
a very unique band. they will be missed. hopefully their material will get re-released on vinyl, as the prices for the lps are horrendous.

October 12, 2013
It's awful when the first thing you learn about an amazing band is that the singer is dead :c