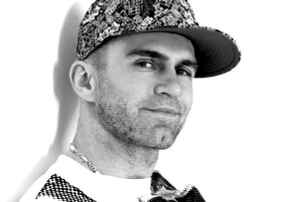 Austrian House producer, remixer and DJ. Peter was born in Wien (Vienna) and mainly lived in New York City. Peter first got his start as an A&R man for GIG Records. Since his first recording under his well known alias, Club 69, Peter had come to be one of the most in-demand remixers of the late 90's/2000's. His style shifted from a house/tribal vibe to a more tribal/progressive feel with his later mixes. There wasn't a time in the late 1990s when one would go to a US club to hear many of his mixes playing through the speakers. Peter has also recorded material under the aliases, Saxmachine, Danube Dance, House Heroes and Size Queen. Peter once worked with Victor Calderone for The Collaboration project and once with the Pet Shop Boys for The Collaboration (2) project. His remix credits are many and include: Depeche Mode, Madonna, Seal, Funky Green Dogs, Kylie Minogue, etc.

Peter Rauhofer left a hole in the dance music business when he died. Unfortunately so young and full of talent. His remixes and music productions speak for themselves and are part of a testament legacy, along with that of Frankie Knuckles, that remains unsurpassed on House Music Producer's Heaven. Remixes like: "Take a Picture" by Filter and "Believe" by Cher cemented him as one of the crossover house music producers in the late 90's and he was ridding that music edge between serious house music productions and soulless commercial beats, but some great music came out of that: Safe From Harm, Dance To The Music, Discoteka, We Belong Together, Boy, The Consequences of Falling, Sex Secret, Found A Cure, Relax, Flavor, K-Hole, 17 Again, I Try, Meet Her At The Love Parade, Heartattack, and 2 Pet Shop Boys collaborations ("I Don't Know What You Want But I Can't Give It Anymore and "Break 4 Love") and many Madonna remixes that stand out on their own keeping that coveted edge between commercialism and art that is very hard to replicate and transcends into the future. His music will never be forgotten. Thanks Peter!!! R.I.P.

July 16, 2018
Much has been said about Peter Rauhofer and how his work lost that original touch, how it became sterile and comercial and so on.
In the end I will always be grateful to have had the opportunity to listen to (or dance to) such great remixes as "Five Fathoms", "Strong Enough", "Get It Together", "I Try", "4 Minutes", "Say It Right", just to name a few.
THANK you, Peter.
R.I.P.

I confess, now a days I really do not like his tribal and tech houses productions (tooooo much comercial). But I recognize: In the beginning of his career with Mr Eric Kupper, in my opinion that was the real golden era. Productions like saxmachine and 03 first productions by Club 69, they were definitely amazing! Rest in Peace.

May 8, 2013
One of my favourite remixers, his anthems are great! I can't believe he has died so young. Rest in peace, Peter.

Thank you for your music and may you rest in peace!

I first discovered Peter Rauhofer in 1993 with "Unique" (then released under his aliase of Danube Dance) and "Let Me Be Your Underwear". Featuring funny vocals by Kim Cooper, both singles became underground hits. Two years after, Tribal America released the first official Club 69 album, with additional tracks sung by Suzanne Palmer. Another release followed in 1997 ("Style"), confirming the success of this Austrian DJ.
That was the period I liked about him.
After that, it became difficult for me to say I liked everything Mr. Rauhofer was doing. Most of his remixes were just asceptized, commercial Tech/House tracks. No more depth, no more imagination. There were a couple of nice "Club 69 Future Mixes" (Cher, Madonna, Urban Soul...), but overall, I became a lot less interested in his work. He seems to be restricted to use the same formulas, mix after mix, and that becomes wearying at the end. It makes me think: there should be a law against remix cloning...

May 20, 2004
I don't know if I agree that Peter's work is particularly "hit-or-miss". (I'd give that label to someone like Victor, who as a live DJ can sometimes be absolutely phenomenal, but sometimes everything just falls apart. Tho his production work lately has been amazing!! ...Please don't kill me, V. <G>) Peter's skill as a DJ and as a remixer isn't to constantly amaze, tho -- his greatness comes in a body of work that's solid overall, punctuated by moments of sheer genius. On Live @ Roxy 1, it was ALL about the journey into and thru "Turn me Over". Live @ Roxy 2? The PHENOMENAL mix from CLimaxx Rated into Robbie's old-sk00l Candi Staton remix. ...And on Live @ Roxy 3? Well, I'm listening now hoping to find the next little bit of Rauhofer genius.

In addition to heading a label that's putting out some really great club music (a lot of it his own!), Peter's grown amazingly as a DJ -- his Roxy residence clearly started a whole new chapter for him. It's amazing to listen to the series and know that it's by the same cheeseball who made "Twist this Pussy" so much fun. :)

December 15, 2003
Sometimes with Peter's mixes, it is SO hit-or-miss. For example, his work on Funky Green Dogs' "Body" was so derivative - two notes on the keyboard riffs for the whole mix! "Fired Up" was a much more concerted effort than that. But there are times when everything is running on all cylinders for Peter. Cases in point: his work on Karen Ramirez's "Looking For Love", Seal's "Get It Together", and Dangerous Minds' "Live In Unity" among others.