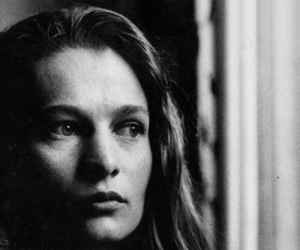 Real Name:
Éliane Radigue
Profile:
Éliane Radigue was born in Paris on January, 24 1932. She studied electroacoustic music techniques with Pierre Schaeffer at Radiodiffusion-Télévision Française (RTF) and worked as Pierre Henry's assistant at the Studio Apsome from 1967 to 1968.

Then, Radigue worked for a year at the New York University School of the Arts in 1970. Her music, its source an ARP 2500 synthesizer and medium recording tape, attracted considerable attention for its sensitive, dappled purity. She was in residence at the electronic music studios of the University of Iowa and California Institute of the Arts in 1973. In 1975, Radigue became a disciple of Tibetan Buddhism. After four years of study, she began a large-scale cycle of works based on the life of the 11th century Tibetan master Milarepa. Radigue's music has been performed throughout Europe and the United States. She currently lives in Paris, where she continues to compose electronic music and to study the teachings of the Tibetan lamas.

Eliane Radigue works with electronic sounds on tape to create an ambience within which sound seems to move in a continual flow around the listener. Her music has been described as "infinitely discreet ... next to which all other music seems to be tugging at one's sleeve for attention." Michel Chion in "Les musiques électroacoustiques"

She was married to the french artist Arman (2) from 1953 to 1971.
Sites:
Bandcamp, lovely.com, kalvos.org, Wikipedia
In Groups:
The Lappetites
Variations:
Viewing All | Eliane Radigue
Elaine Radigue, Radigue, Éliane Radigue

June 29, 2021
Chronos and Adnos: PURE MAGIC!! Radigue is one of those rare beings that can turn music into a living meditation!!

July 5, 2020
Adnos, Trilogie de la Mort, and Jetsun Mila. They are lengthy works, but Radigue’s work is all about patience and focus. This is considered ‘drone’ music, but if you listen actively it moves and changes a lot. And it gets very intense. It’s pure pleasure to play these very loudly and experience a nearly tangible transformation of one’s atmosphere.

Drone music is certainly not new, its roots go back to Indian tampuras and Byzantine ison chant. La Monte Young may have re-discovered the form of drone music during the 60s, but Eliane Radigue has re-manifested its essence and initial purpose: the drone as prayer.