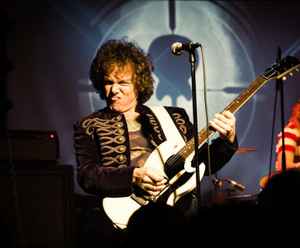 He was part of the group Uppåt Väggarna in 1970 and was a singer and guitarist in the Swedish rock band Strix Q from the group was formed in 1977 until it was dissolved in 1983. Holmberg released his own LP " utan etikett" in 1984. Annelie Rydé and Tommy Nilsson performed. Between 1977 and 1989 he accompanied Magnus Uggla on various tours. He is now part of the dance band Joyride.

Holmberg was the first in Sweden to be awarded the Guldklaven as "Guitarist of the Year" in Malung 2000.