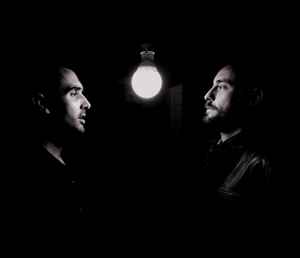 Real Name:
Sergio Sainz Vidal
Profile:
Pablo Bolivar and Sergio Sainz Vidal aka Aphro, have been dropping eclecticism into their project "Pulshar" since 2007, the year of their debut EP "Babylon Fall Collection"—a compendium of free-floating melodies in the style of Rhythm & Sound dub techno, with a clear Jamaican influence and soul sensibility.
The four tracks of "Babylon Fall Collection" were added to complete the LP, "Brotherhood" (Phonobox, 2008). The LP features numerous remixes including "Nospheratu," reworked by Echospace. When the album reached the ears of German label, Desolat (founded by Martin Buttrich and Loco Dice), it led to the release of their next album, "Inside" (Desolat, 2010), a significant evolution in the duo´s style. The dub pulse continued to dominate, but the personality of each track is expanded. Its diversity makes room for reggae ("Empty Suitcase", "Stepping Stones"), electronica ("Distant Fire," "Da Creator") deep house ("Montparnasse") and downtempo ("California State of Mind," "STARS,","United States Of Pulshar").

The tour for "Inside" allowed the duo to come into contact with theaters and chill zones, where they could develop more ambient acts, resulted in the production of "Europe Ist Eine Insel/Europe is an island " (2012) a five-act piece produced for a theatrical performance (released on Pulshar´s own label, Avantroots). This album was followed by "Different Drum" EP (Desolat, 2013), "Blood and Mathematics" LP (Desolat, 2014), "Undercover" EP- a collaboration with Rod Modell aka Deepchord- (Avantroots, 2015) and "Mask" (Avantroots, 2018).