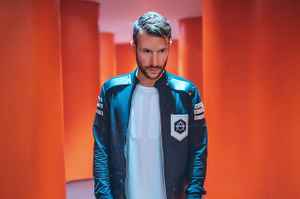 February 2, 2019
You know why I like newer Don Diablo better than old Don Diablo?? It's because he has created a unique image and style, and became a pioneer rather than following the leaders. Future house has become a really big hit for him, especially with his use of futuristic effects like vocoders in many of his hit songs. With an unique style of music, he gets so much support from the EDM community for his uplifting and fun music and sets, and his easy-going and caring personality. Easily one of my favorite big dance music artists to not have a song on the Hot 100 yet.
Reply Notify me Helpful

December 24, 2014
I don't understand guys like don. he did many great hardhouse,techtrance and hardtrance classic hits like casa del diablo, take off, dead end.. why he changed his innovative hardhouse sound for shitty, plastic electro house? wi know money are better than good music..
Reply  See 1 reply Notify me 5 Helpful

August 7, 2011
Don Diable used to make such awsome gabba tunes, played out by the likes of the producer / scorpio / dolphin and Jay prescott back in 98//99
Reply Notify me 3 Helpful