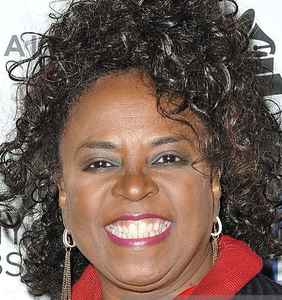 Betty Wright's tracks 'Gimme Back My Man' and 'If You Think You've Got Soul' now avaialble for the first time on a 7''/45.

May 10, 2020
MY Favourite Soulful Songstress joins, Aretha, Dinah,Clara, Mahalia, Minnie Riperton and soooooooo many others in Soul Heaven. To BETTY WRIGHT from me and her army of fans, a slight alteration to one of her many classics."THANK YOU FOR THE MANY SONGS YOU SUNG!!"
Reply Notify me 4 Helpful

One of many talented singers who deserve to be much, much better known.

Rest... In... Peace... by crimsonmetal74
GOOD MUSIC by yuiop90
My love 4 music by ARW747
Favorite Artists by trade.roots.records
Collected Artists in Order of Preference by OmeHans
Watchlist by BankofVinyl
View More Lists →