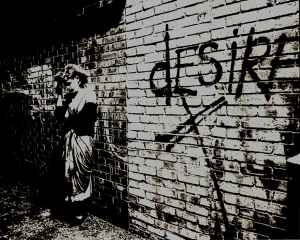 August 23, 2017
Violently creepy and emotionally intense, Cindytalk can singlehandedly be described as the xenomorph of post punk. Yes, many came and went, many tried similar ideas before and after science - but many just as failed, falling prey to the temptations of commercial compromise and exposure to wider audiences. The closest it got "commercial" for Gordon Sharp, Cindytalk's transgender warrior constant - was through Cocteau Twins and This Mortal Coil channels. But despite Gordon's deceptively angelic delivery via "Dear Heart", "Kangaroo", "Fond Affections" or "A Single Wish", these still don't sound like a commercial compromise, more like adjusted to her remarkable shadow presence in the mix. In Cindy's case, the more reclusive the more abrasive. The rumour has it, Gordon was once asked even by Duran Duran to join them as their lead chanteuse... Talk about the idea as unimaginable as Liz Fraser joining Bananarama. Someone once bravely presented it simply as "Toby" - pretty harmless a name to give to someone as confrontational. Because, once you expose yourself to it, expect to be consumed by it. Because Cindy is hungry. Mercilessly hungry. And to great effect. Music to play in the dark. Or perhaps yes.