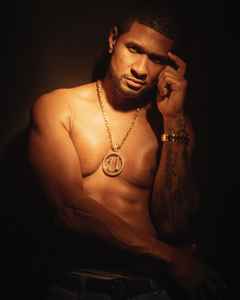 Usher is an American singer-songwriter, dancer, entrepreneur and actor. He is considered around the world to be the reigning King of R&B. Usher rose to fame in the late 1990s with the release of his second album My Way, which spawned his first Billboard Hot 100 number-one hit, "Nice and Slow". His follow-up album, 8701, produced the Billboard Hot 100 number one hits "U Remind Me" and "U Got It Bad". Both albums sold over 8 million copies worldwide, establishing Usher as one of the best-selling R&B artists of the 1990s.

On March 30, 2010, Usher released his sixth studio album Raymond v. Raymond, which became his third consecutive album to debut at number one on the US Billboard 200 chart. It has been certified platinum by the RIAA, and spawned another Billboard Hot 100 number-one hit "OMG". The song became his ninth number one in the United States, making him the first 2010s artist to collect number one singles in three consecutive decades, and only the fourth artist of all-time to achieve the feat. He later released an extended play and deluxe edition of "Raymond v. Raymond", entitled Versus, which debuted at number four on the Billboard 200 chart. Its lead single "DJ Got Us Fallin' In Love", achieved international success and reached number-four on the Billboard Hot 100.

The RIAA ranks Usher as one of the best-selling artists in American music history, having sold over 23 million copies in the United States alone. To date, he has sold over 65 million records worldwide, making him one of the best selling music artists of all time. Usher, has won numerous awards including seven Grammy Awards, four World Music Awards, six American Music Awards, and twenty two Billboard Music Awards. In 2008, Usher was ranked as the 21st most successful Hot 100 Singles Artist of all-time by Billboard magazine. It also ranked Usher the number one Hot 100 artist of the 2000s decade. Naming him the second most successful overall artist of the 2000s decade, with his 2004 album Confessions being ranked as the top solo album and second most successful overall album of the last decade. In November 2010, Usher was ranked sixth by Billboard on its list of the Top 25 R&B/Hip-Hop artists of the past 25 years (1985–2010). Ranking higher than any other artist of his generation. Usher has attained nine Hot 100 number-one hits (all as a lead artist) and has attained sixteen Hot 100 top-ten hits. Aside from his musical career, he is regarded as a sex symbol. In 1998 People named him the sexiest R&B artist alive. In 2010, Glamour named him one of the 50 sexiest men alive.
Sites:
usherworld.com, bandsintown.com, Facebook, instagram.com, MySpace, shazam.com, songkick.com, SoundCloud, Twitter, vevo.com, vine.co, Wikipedia, YouTube, YouTube
Aliases:
Usher Raymond IV
Variations:
Viewing All | Usher
David Usher, Lusher, U, Urrsher, Us-Her, Usher (Caesar of The South), Usher Kazam, Usher Raymond, Usher™, 亞瑟小子, 어셔