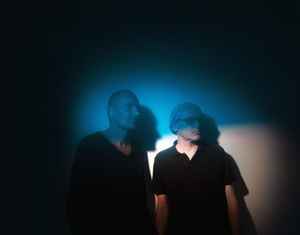 Profile:
Named for a character on the '60s TV show Flipper, Porter Ricks specialize in subaquatic dub techno, providing the closest touchstone to the static hum and fuzzy beatwork of their quasi labelmates Basic Channel. A collaboration between ambient maestro Thomas Köner and beatmeister Andy Mellwig, the duo debuted with three 12" releases on the Basic Channel sublabel Chain Reaction during 1995-1996. Filtering out any of the harder effects from Detroit techno and Plastikman material with what sounded like an affinity for undersea sonar frequencies and wind-tunnel ambience, the singles became quite popular with the growing experimental techno scene of the mid-'90s (and even influenced Plastikman in return). By the time of the 1996 CD collection BioKinetics on Chain Reaction, Porter Ricks had moved on to Force Inc. with the double-pack Redundance EP, plus the singles "Spoil" and "Exposed." The duo also recorded a single for Barooni before collecting their Force Inc. material onto a self-titled 1997 CD. Two years later, the Techno Animal collaboration Symbiotics appeared. Following the album's release, Mellwig released a full-length as Continuous Mode, and Köner continued releasing innovative ambient recordings on labels like Mille Plateaux, Touch, and Die Stadt. In 2016, Porter Ricks reunited for a performance at the Berlin Atonal festival. This was followed by the release of the Shadow Boat EP (on Tresor), the duo's first material in 17 years. The full-length Anguilla Electrica arrived in 2017.
Sites:
thomaskoner.com
Members:
Andy Mellwig, Thomas Köner