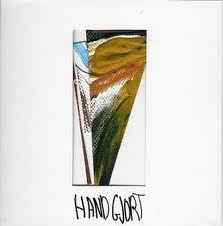 Profile:
Swedish psychedelic folk group within the progressive movement. In 1969, Greg FitzPatrick left the Atlantic Ocean (3) and traveled to Asia. After returning to Sweden, he formed a quartet together with Guy Öhrström, Theo Greyerz and Stig-Arne Karlsson. This band appeared under the name Handgjort at the two "gärdesfesterna" in Stockholm in 1970 and also participates in the compilation album Festen på Gärdet. Soon Jan Bandel, Kenneth Arnström and Björn J: son Lindh from Jason's Fleece joined.

Handgjort's self-titled album Handmade was released in 1970, and the music was largely inspired by traditional Indian music with tabla and sitar drags combined with western instruments. The album is also known for its hand-painted envelopes with different motifs, none of which were identical and were released in 901 copies. When the band at the Gärdesfesten in 1971 made their last gig, it consisted of about 20 members, including Mikael Ramel, Sam Ellison, half Arbete & fritid, Einar Heckscher, Johnny Mowinckel and Don Cherry.

After Handgjort closed down, FitzPatrick started his next project, Tillsammans (2).

In 2010, the record company Psykofon made a replica of the album from 1970 in 600 vinyl copies. Silence Records and Psykofon also reissued the same year as a CD in 1000 copies where all covers are Handgjort, unique and numbered. Both the LP and the CD from 2010 contain bonus material, including live recordings from the fence party in 1971, as well as a booklet with text and photos.
Sites:
MySpace, Wikipedia
Members:
Björn J:Son Lindh, Bruce Green (2), Dallas Smith (3), Gregory Allan Fitzpatrick, Guy Öhrström, Jan Bandel, Kenneth Arnström, Stig Arne Karlsson, Theo Greyerz