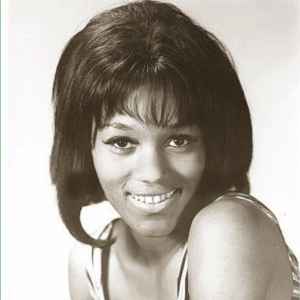 Born on 19.10.1945 in Cincinnati, Ohio
Sister of Richard Jones. Mother of Rolan Bolan.
Gloria Jones' career began in a church gospel choir, which led to spots singing backing vocals for artists such as Phil Spector and Bob Dylan. Her singing talent and years of studying piano and composition led to a job writing for Motown at the behest of Pam Sawyer. Her most notable song was Tainted Love, which she did not write but recorded in 1964, and which would become one of the most covered Northern Soul songs in history - most notably by Soft Cell. Other notable singles she recorded included a cover of The Dell-Vikings 'Come Go With Me', Get it On (Part 1), To Know You Is To Love You, and a new version of Tainted Love recorded in 1976. Her songs were performed by The Jackson 5, Commodores, Gladys Knight And The Pips, and others.
She would also continue to sing backing vocals for artists such as Billy Preston, Harry Nilsson and Neil Young, among others, and in 1972 would meet T. Rex front man Marc Bolan with whom she would become involved. She played clavinet and sang backing vocals for T-Rex until late 1977 when a tragic accident occurred - she crashed her Austin Mini, which caused the death of Bolan and spelled the end of T-Rex. Jones moved back to Los Angeles with their son Rolan Bolan.
She now lives in West Africa, and is involved with charity work.
Sites:
Wikipedia, allmusic.com, Facebook, whosampled.com, funkmysoul.gr
Aliases:
LaVerne Ware
In Groups:
Aquarian Dream (2), T. Rex, The Brothers & Sisters (2), The Cogics
Variations:
Viewing All | Gloria Jones
G Jones, G., G. John, G. Jones, G. R. Jones, G.Jones, G.R. Jones, Gloria, Gloria Joanes, Gloria Jones & Co, Gloria Jones & Co., Gloria R. Jones, Gloria Richetta Jones, Gloria Richette Jones, James, John, Jones, Jones, Gloria, The Gloria Jones

July 28, 2021
why isn't there a good compilation available for Gloria Jones' early work? Or is there? Anyone knows? She's such a great singer, would love to listen to her early sides