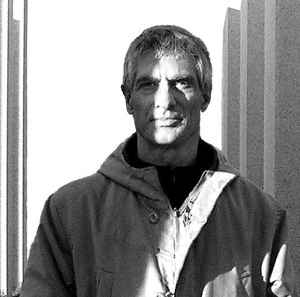 Real Name:
Patrick Ascione
Profile:
Patrick Ascione (Paris, France, October 22nd 1953, November 21st 2014) began composing in 1976 and shortly after joined the team of the Groupe de musique expérimentale de Bourges (GMEB, France) which he subsequently left in 1984. He has pursued his activities independently and has produced a series of pieces, the majority of which have been commissions from the Groupe de recherches musicales of the Institut national de l’audiovisuel (Ina-GRM) in Paris (France).

Two distinct esthetic periods characterize his course of work: during the first, from 1977 to 1987, the composer placed an emphasis on the ties unifying acousmatic art and painting; ties arising from the use of a common permanent working surface which permits the painter to directly place his colors on the canvas just as the composer immediately captures sonorities on magnetic tape… He expressed this analogy and attempted to explore its ramifications in virtually all the works of this period (Métamorphose d’un jaune citron, 1978, Bleus et formes, 1981…).

In the second period, from 1987 to the present, following upon this initial preoccupation, he presented the idea of a ‘spatial polyphony’ (‘polyphony’ of spaces and not uniquely of sounds); he inaugurated this path in 1989 with Espaces-paradoxes composed for 16 tracks. The concert works thus developed have as their objective the mastering and integration of the spatial dimension of the piece from the very beginning of its elaboration in studio via adequate multi-track techniques.