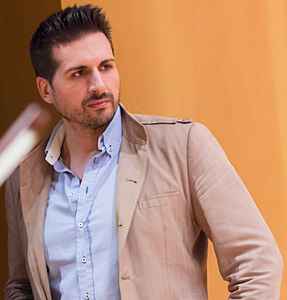 Real Name:
Pedro Contreras
Profile:
Producer, composer, conductor and Spanish pianist, born in Archena, Murcia, Spain.
Known worldwide for its versatility and ease of musical creation in all styles and musical forms, from orchestral music to the most current music of the moment.

He began his first steps in composition at the age of fifteen for a play and a small television program. At seventeen he composed music for various radio stations and worked as a musician, copyist, arranger and producer in the most important music studios and labels on the international music scene.
Pedro has composed and produced music for more than fifty audiovisuals between film and television, as well as for countless groups and singers on the national and international scene.
His career as a pianist and keyboardist began in different orchestras at the age of 9. He has performed concerts as a soloist and with different orchestras in Boston, Barcelona, ​​Marbella, Irkutsk, Russia, Sweden, Oviedo, Murcia, Madrid, etc. In addition to appearing in programs and concerts on the main radio and television stations.
He also stands out for his role as a teacher at Spanish Conservatories and a speaker at international conferences, being also a professor at different universities.
It has a large number of recognitions, awards, national and international nominations such as the Goya Awards, International Critics Awards or the Hollywood Music Awards, among others.
Contreras is currently a member of the Royal Academy of Motion Picture Arts and Sciences of Spain, a voting member of the Goya Awards, the Oscars for Best Spanish Film and a voting member of the Latin American Grammy Awards.
Sites:
pedrocontreras.es, instagram.com, Twitter, YouTube
Aliases:
Pedro C.
Variations:
Viewing All | Pedro Contreras
P. Contreras