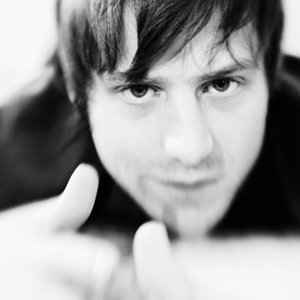 Profile:
Martin Messier is a composer, a performer and a video artist from Montréal, Canada.

Hiscuriosity for graphic arts has brought him to explore the relationship between sound and image. It’s this same interest that inspires him to create audio performance, live electronics, installation, videomusic, music for dance and theatre.

Based on strong aptitudes for rhythm, Martin’s esthetic can be defined as a complex, left field and happily strange sound amalgam, constantly playing with construction and deconstruction.

For more than 15 years, Martin Messier has created works in which sound meets images and objects. In the form of performances and installations – with a choreographic tone – , these works place the body front and centre.

Presented in some 50 counties, Martin Messier’s productions have received several prizes and nominations: a special mention at Prix Ars Electronica in 2010; listed for a Prix Opus in 2012; Best Experimental Short Film at the Lausanne Underground Film Festival in 2013; the Canada Council’s Victor Martyn Lynch-Staunton Award in 2014; a special mention by the jury at the 2015 Japan Media Awards; and, in 2018, the World OMOSIROI Award in Japan.

Represented by Marc Langlois, Martin is also a member of Perte de Signal, an artists’ centre. In 2010, he established 14 lieux, a company dedicated to producing sound works for the stage, and has been its general and artistic director since then. He lives and works in Montreal.
Sites:
martinmessier.art, vimeo.com, YouTube, instagram.com, Facebook, montreal.mutek.org, electrocd.com