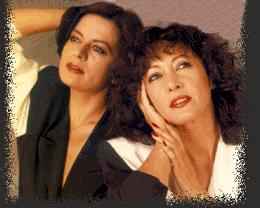 Profile:
Disco group "made" by the euro disco producer Luis Rodriguez (Modern Talking, Creative Connection ect.) together with the songwriter and producer Reinhardt Frantz (Sweet Connection, Casablanca, Pepper Girls).
Reinhardt Frantz with Ian Cussick and Lee Smith wrote songs for Maria Mendiola (ex Baccara) and Marisa Pérez. Maria was the writer of the spanish lyrics of the song Talisman (B side and spanish version of Call Me Up). These days, as well as several times in the past, the group has droped the "New" and chosen to be known simply as Baccara. The most recent things released by them are the 2002 remixes of "Wind Beneath My Wings" & the 2005 remixes of their re-recording of "Yes Sir, I Can Boogie".
Sites:
itunes.apple.com, czejarek.pl, eurodancehits.com
Aliases:
Baccara, Baccara 2000
Members:
María Mendiola
Variations:
Viewing All | New Baccara
Baccara, New Bacarra