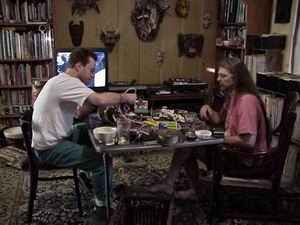 BCO (primarily Robo and Das with revolving cast of musicians) were around for more than 20 years now and i could easily put them into the list of greats like Zoviet-France. Unfortunately, this is the case where quite often quantity defies quality - its extremely uneven, with many tracks sounding as if though they were created in order to test the listener patience. Kudos to them, however, for promoting mp3-only albums - at least 5 or 6 of those appeared on various netlabels in the past 2 or 3 years. Overall, worth investigating if you're not against weirdness for weirdness sake and occasional self-indulgence.