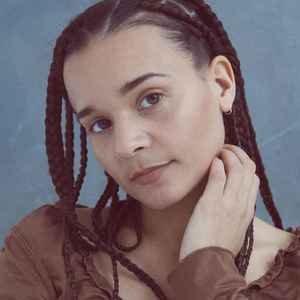 Real Name:
Erika de Casier e Ramos Lizardo
Profile:
Danish singer, songwriter, and record producer. Born in Portugal in 1989 or 1990 to a Belgian mother and a Cape Verdean father, she moved to Denmark in 1998 with her mother and brother where she grew up in the small town of Ribe. At the age of 17 she joined a school choir and band, and then, after finishing school and moving to Copenhagen, she began producing her own beats and adding vocals. From 2014 to 2017 she was one half of the R&B duo Saint Cava. In September 2017, Casier released her debut single as an independent artist, What U Wanna Do? Composed and produced her debut album Essentials, released on her own label Independent Jeep Music, in 2019. Signed to British label 4AD in 2020, releasing her second solo album Sensational in 2021.
Sites:
instagram.com, Facebook, SoundCloud, Bandcamp
Aliases:
Lézard (3)
In Groups:
Saint Cava
Variations:
Viewing All | Erika de Casier
De Casier, E.C., EDC, Erika, Erika Casier