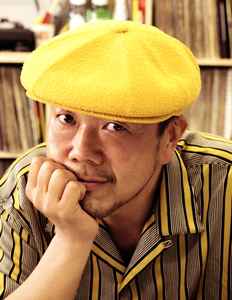 Takayoshi Murota, better known as Muro, is well known for his crate digging for old records in order to (re)create new ones. Also known for having released very many 'mixtapes' on various formats, using sections and breaks from funk, soul, disco, and very many other sounds, all done in creative and interesting ways.

When DJing live, Muro also is known for often doing 7"/45-only DJ sets, playing anything and everything; from disco to boogie to funk to soul.