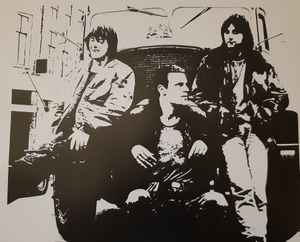 Hardcore band from Leeuwarden formed around 1983 as a 5 man's band. With the first line up a split demo with Murder Inc. was made and some loose tracks for tape compilations.
With the second line up MOG recorded 2 7"s and one LP.