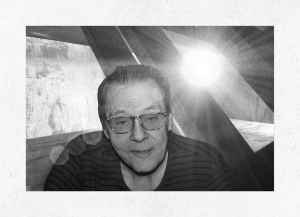 Bürgerl. Name:
Klaus Schulze
Profil:
Klaus Schulze (4 August 1947, Berlin – 26 April 2022) was a German electronic music pioneer, composer and musician. Schulze initially made his mark as a drummer, first with the group Psy Free, later with Tangerine Dream (he played on their first album "Electronic Meditation" before he quit) and Ash Ra Tempel (with Manuel Göttsching). In 1971 Schulze started a solo career as an electronic musician and released a couple of heavily experimental albums, "Irrlicht" and "Cyborg". 1973's "Cyborg" was the first release where he used a "real" synthesizer, the legendary VCS 3 and later in the 1970s he would record albums such as "Moondawn", "Mirage" and "X" and embark on several tours, documented across a number of live albums.

In 1978 he set up the label Innovative Communication and the following year he also launched the pseudonym/project Richard Wahnfried. In the 1980s Schulze continued his hectic release schedule as well as recording several soundtracks and rebuilding his studio (he "went digital" in 1986). In summer 1983 Schulze sold Innovative Communication.

In the 1990s Schulze recorded several electronic interpretations of works by classical composers (most notably Wagner) and worked with opera singers and other classical music performers on his own albums. He also started collaborating with German ambient/techno artist Pete Namlook in the series "The Dark Side Of The Moog" on the latter's Fax label, and steered the Wahnfried project into a more modern techno- and trance-inspired direction.

An intensive reissue program of Schulze music began in 2005, with most releases including bonus tracks.

7. Juli 2022
The great master is gone. His musical sensitivity will stay with me forever. Klaus Schulze - genius.

28. April 2022
I am very sad to learn about klaus death! I have listen his music from the seventies and consider he was one of the greatest master of electronic music. I will enjoy his music for ever...
1 Antwort anzeigen

28. April 2022
REST IN POWER ETERNAL GRANDMASTER KLAUS, THANKS FOR THE JOURNEY.

27. April 2022
Jerome Froese: "RIP Klaus Schulze
I am deeply saddened by the death of Klaus Schulze. I met him many times over the years and had some cool conversations with him. I have always appreciated his pleasantly relaxed manner. When he visited us in the studio in Berlin in the nineties, I often gave him a ride in my car to drop him off at a pub later on.
This photo was taken in 1969 by Monika "Monique" Froese during a joint trip and shows young Klaus Schulze with his first wife Sabine which unfortunately has also already passed away.
Have fun on the other side Klaus and please say hello to my father for me!"

Jean Michel Jarre: "So long, Klaus! One of the great figures of electronic music. We won't forget you."