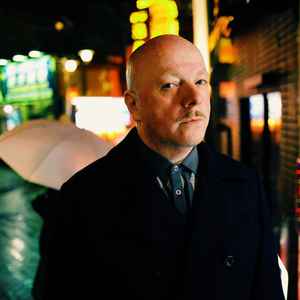 Profil:
The electronic project VNV ("Victory Not Vengeance") Nation was conceived in London in 1990 by Ronan Harris, debuting in May of that year with the 12-inch "Body Pulse." "Strength of Youth" followed a few months later, and at the end of the year Harris relocated to Toronto, where VNV Nation opened for Nitzer Ebb on their Canadian tour. After moving back to Europe, Harris released only a handful of compilation tracks in the years to follow before signing with the German label Discordia in 1995 to issue the full-length Advance and Follow. Three years later, VNV Nation resurfaced on another German label, Off-Beat, an alliance which generated the LP Praise the Fallen as well as the EP Solitary. Empires, which was issued with another European distributor Dependent, and on Metropolis in the U.S., followed in the spring of 2000. Singles such as "Standing" and "Dark Angel" were club mainstays, boasting Ronan Harris' love for pulsating club rhythms and his developing seascapes of dark ambient waves. Mix projects Genesis.1 and Genesis.2 followed that format in 2001, giving a sneak preview to VNV Nation's Futureperfect. - Jason Ankeny
Seiten:
vnvnation.com, Facebook, SoundCloud, Twitter, Bandcamp, MySpace, Wikipedia
Mitglieder:
Mark Jackson, Ronan Harris
Varianten:
Alle werden angezeigt | VNV Nation
VNV, VNV - Nation, VNV-Nation, VNVNation

31. August 2021
"in May of that year with the 12-inch "Body Pulse." "Strength of Youth" followed a few months later"... they are not listed here in Discogs?
Antworten  1 Antwort anzeigen Mich bei Antworten benachrichtigen Helpful

5. September 2010
VNV Nation is one of the greatest bands ever. I do not say this light-headed. VNV Nation has evolved a lot from the start until now, and for me, specialy in the last 3-4 albuns, has created an unique style, with deep, meaningfull lyrics and equally beautiful melodies and compositions.
Perpetual, Illusion, Prelude, Beloved, Legion, Defiant, Ghost, Secluded Spaces, Nemesis... are just some of their best songs, altough they have so many good tracks that fit into different genres, moods and artistical views.
Ronan and Mark do a great job both studio and live, with good performances that reach the audience, not only with a splendid interaction, but with soul on the music played.
I still think VNV Nation is not a band just for people into Industrial, EBM or Synth-Pop, but for anyone who likes good music, specially good electronic music.
Antworten  2 Antworten anzeigen Mich bei Antworten benachrichtigen 13 Helpful