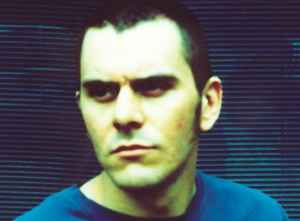 Bürgerl. Name:
Christian Jay Bolland
Profil:
Born in Stockton-on-Tees, County Durham in 1971 but transplanted to Belgium when he was only three, CJ Bolland received an early education in dance music; his parents ran a club in Antwerp, and his mother DJed there. He grew up listening to the synthesizer music of several eras — from Jean-Michel Jarre to Front 242 and the The Neon Judgement — but began devoting most of his time to house and techno by the late '80s. Bolland began producing in 1988, when a drummer friend gave him access to the right gear, and his tracks were soon heard on several Belgian pirate radio stations. He then sent demos to several labels, and finally heard back from R & S Records.
CJ Bolland's first production for R & S, the Project's "Do That Dance", jump-started his career, and he soon saw releases from his projects Pulse, Space Opera (with the Advent's Cisco Ferreira), Cee-Jay, Ravesignal and Sonic Solution. His 1992 "Ravesignal 3 EP" (specifically, the track "Horsepower") made Bolland one of the hottest names in the new global dance community.

Bolland made his album debut soon after, with "The 4th Sign". His 1993-94 schedule also included production work for Mundo Muzique, Dave Angel and Joey Beltram as well as remixing for Orbital, The Prodigy, Sven Väth, WestBam, Tori Amos and Baby Ford, among others. His second album "Electronic Highway" was released in 1995, after which Bolland signed a mammoth five-album deal with Internal Records. The first fruits of the contract, "The Analogue Theatre", were released in late 1996 to critical praise and dance-chart success, thanks to the excitable single "Sugar Is Sweeter".

CJ Bolland is one of few that can reach the heights of Orbital. It must not be forgotten than his remixes also are for the most part outstanding, Rational Youth's "Le Meilleur Des Mondes" is a stand out example of that.

CJ Bolland's & Cisco Ferreira's tunes such as "Mantra", "Camargue" and "Nightbreed" are standards of a very special era in the history of avant-garde dance music, for they carried inside them a very accurate sense of feeling and inspiration, made by the brilliant alliance between these two producers at the time they were part of the legendary R & S crew, in Belgium, on the early nineties.

CJ Bolland's music were the kind that would be played by the real underground minds at their time, those with a deep comprehension and taste for bold, challenging sounds. CJ's early releases on R & S Records are a testimonial of how far would all these European talented kids could go through their commitment with the idea of creating a different music with a very personal perspective.

In 1993, the avant-garde legends DJs (such as Mau Mau and Renato Lopes in Brazil) included their tunes on their charts instantaneously, a sort of blessing for the regulars of legendary venues such as Columbia, Sra. Krawitz and Samantha Santa and many other historical Temples throughout the World.

CJ Bolland's sense of harmony, melody and emotion was far away from the average, for he always showed a deep passion for ART and the desire of making something innovative and musically aesthetic.

In the late of '95 the relationship between Renaat Vandepapeliere (the owner of the R&S label) and CJ had reached to a point where no cooperation was possible any more.
From the beginning they met CJ was very influenced by his big example Dave Angel.CJ began to experiment and searched for new ways in which to express his musical talents.These experiments wheren't being appreciated by Renaat, who thought it didn't match the profile of R&S.CJ was obliged however to deliver a quota of records for R&S.This period of his life he described as very depressing and he fell in to a big black hole."I was a total mess": he said.He described making the obliged records as "making love to a very ugly and gross woman".It was his good friend Kris Vanderheyden ("Insider") who pulled him out of the misery and put him back on the tracks.After the contract with "Eternal" CJ felt free at last.Not only was he free in his creations (even in his video clips he had the final word) but finally could he make a decent living of music again.
(source:interview CJ Bolland on local radio station "Club-X"-1996)
Nice detail: eventually CJ expressed his thanks to "Insider" to run off with his chick "Zohra" (known as the immensely beautiful lead vocalist from "2 Fabiola")