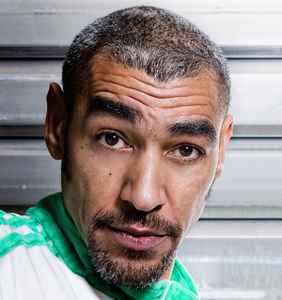 Born 8 October 1968, Barking, Greater London. British electronic music artist and formerly a rave dancer and live keyboardist of the British rave act The Prodigy. He has produced solo work under the names Longman and Flightcrank. He was born in Barking but raised in Rayne near Braintree in Essex, and grew up as a football and James Brown fan. Thornhill joined The Prodigy along with Keith Flint after they met Liam Howlett at a local rave club. Both were dancers for the band's live show.

In 2000 Thornhill left the band and went on to make various EPs under the guises of Longman and Flightcrank, however these projects never saw any substantial success. He now DJs at large venues and is still in touch with The Prodigy. During The Prodigy's 'Their Law' tour Thornhill was the DJ support act at several venues. He also works as a regular DJ. He also remixed tracks for other artists, such as the Italian Subsonica's Nuvole Rapide.

Thornhill is currently working with Hyper and appears on their live shows. He appeared at the V Festival in 2007 in Chelmsford, Essex.

His latest project is the creation of Nu skool breaks record label Electric Tastebuds.[1] He has recently signed breakbeat act The Wrongstar Society to the label.