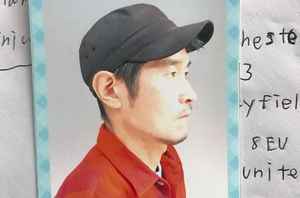 Bürgerl. Name:
跡部進一 (Atobe Shinichi)
Profil:
Electronic music producer based in Saitama, Japan. Much of Atobe's biography is not known.

His first release was 'Ship-Scope' in 2001 and went AWOL for 13 years until Miles Whittaker and Sean Canty tracked him down in 2014 in Japan, realizing he had other unreleased projects, convincing him to release 'Butterfly Effect' on DDS. Furthermore in 2016 he released 'World' on DDS.
Daniel Jacques was able to contact Atobe via e-mail after several attempts in 2010 which were left unresponded until Jacques e-mailed him again in 2016 asking him to remix a track of his upcoming EP, instead, Jacques was given an EP named 'Rebuild Mix 1.2.3.' of which was then released on Jadac Recordings in 2016.

'Ship-Scope' was remastered and repressed in 2015.

4. August 2016
Almost certainly a pseudonym of someone else. But who then?
Antworten  3 Antworten anzeigen Mich bei Antworten benachrichtigen 1 Helpful

New LP on Demdike Stare forthcoming. It can be preordered from boomkat and they're not pressing that many copies.
http://boomkat.com/vinyl/1138121-shinichi-atobe-butterfly-effect
Surprise of the year?