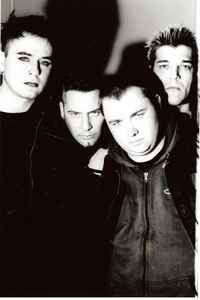 Profil:
The Bates (after Norman Bates of Hitchcock's movie "Psycho") formed in Eschwege, Germany in 1987.

Due to musical and personal differences within the band, The Bates finally split in 2001.