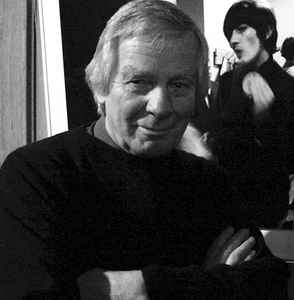 Profil:
British-Australian photographer and conceptual artist, born 13 November 1939, in Harpenden, Hertfordshire, England, UK and died 20 September 2011 in West Sussex, England, UK. He is most noted for his work with NEMS artists and The Beatles.
Moved to study at the University of Melbourne in 1961.

Whitaker moved from Australia to London and occupied accommodation in "Joubert Studios" at 14 Jubilee Place, London SW3, off the King's Road. [Once occupied by the painter Raymond Ray-Jones, who became a member of the St Ives Society]. When Martin Sharp (2) lodged with Whitaker he called upon Whitaker's skills in the making of the Cream (2) - Disraeli Gears sleeve.

Whitaker's involvement with The Beatles came about when the group toured Australia in 1964. He photographed Brian Epstein for an article in Melborne's 'Jewish News'. Epstein was impressed and offered him a post as staff photographer at NEMS in the UK. This gave Whitaker access to photograph a raft of leading musicians of the sixties and he became good friends with John Lennon. His work also appeared in Sharp's 'Oz' magazine.

One particular image that gained Whitaker media attention was a Beatles cover that appeared on US & Canadian LP sleeves in 1966, but was quickly withdrawn a day before release. It was The Beatles - Yesterday And Today. Whitaker believes that 250,000 copies were printed. 'Mojo' magazine later estimated that as many as 60,000 were issued to the media before it became withdrawn on grounds of 'bad taste'. According to Capitol's then president, Alan Livingston, the photo was used at the insistence of Paul McCartney, with the remark "It's our comment on the war". This was the year of Lennon's controversial 'Jesus' remark, which probably colored Capitol's decision not to add more fuel to The Beatles' fire.

The image was replaced by another Whitaker had shot, of the band standing around a steamer trunk. Existing albums were transferred by hand into the new cover. Time of the essence, it was then decided to paste a print over the existing cover. These 'paste-overs' then began to command high prices among collectors, as did original copies that had escaped in recall. Livingstone had kept 25 copies in 1966. Very early in the '90s one copy sold for $20,000 cash, later being sold-on to a Californian collector in 1994 for $25,000.

In fact, neither Whitaker or Lennon ever intended the image to be used in the manner it was. As a 'thinking' portrait artist Whitaker was always seeking to convey a message about his subject in his work. Three images were intended, laid out in a triptych gatefold, that were 'idolatory' in an 'anti-hero' sense, with the background dropped-out and gold inserted. Lennon, especially, rose to the idea of this not being yet another smiling band portrait. Whitaker had already photographed intriguing images of Salvador Dalí and this was simply another extension of his surrealist ideas.