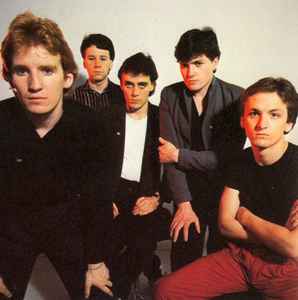 25. Juni 2021
I bought a cassette of Simple Minds, Once Upon A Time when I went to Bangkok in 1987 along the Pratunam area for 50Baht, and surprisingly, it sounded great after several years. Never mind if it was a bootleg edition, but it contained Don't You Forget About Me, which was regarded as the band's most popular--and easily identifiable hit. Even after all those decades, I still luv this band--one of the icons of 80s new wave, progressive pop-rock music :-)
Antworten Mich bei Antworten benachrichtigen Helpful

13. Dezember 2018
Really wish they would produce a compilation album of their instrumental songs, that would be immense, they often of get overlooked or forgotten about, but they are among their strongest songs they ever produced !
Antworten  1 Antwort anzeigen Mich bei Antworten benachrichtigen 6 Helpful

6. Dezember 2017
I have divided feelings towards their post-83/onwards era work myself - meaning some of the work is decent (personally, I enjoy some of it in the wake of "Sparkle In the Rain" and "Once Upon a Time"), the rest I find sadly a victim of its own pomposity ("Street Fighting Years" being a somewhat obvious example that is on my black list, too)... Not because the earlier work is "oh-so-arty" that everyone these days continuously raves about, but because of the potential the group showed on those - forever loved - first five albums; the potential later seemed to have been sacrificed for the sheer stadium appeal of their music, past or present. And let's not shy away from the fact, their music always seemed to have aimed for that kind of exposure. Ever since "Life In a Day".

Of course, earlier Minds' records will forever sound far more adventurous, listeners discovering something new with every spin - something their later, more polished but just as pompous material lacks in large quantities despite the group's great playing skill always remains in place. Sadly this is always the same story - groups come along, we expect them to stay "uncommercial" or "experimental", but where is the limit to this - or say, where to find the right key to success, be it creative or commercial... Simple Minds may have compromised theirs eons ago - blame it on "breaking America" or the so-called "U2 complex", but a certain quality keeps informing their (newer) work. But that's more got to do with a certain "generation gap", people with different tastes approaching one such group's work. Sons and fascination.
Antworten  1 Antwort anzeigen Mich bei Antworten benachrichtigen 15 Helpful

13. Januar 2017
From their beginnings as a raw, glammed-up New Wave band in 1977 to their complex Alternative Rock of the present, Simple Minds has maintained a dramatic flair and a deep complexity in their constantly changing sound. Jim Kerr's vocals leap effortlessly from raw Punk raspiness to urgent emotional release while the rest of the band pits guitar distortion against saxophone leads and vaulting Gospel vocals against bubbling Synth Pop keyboards.
Simple Minds' daring approach to the shifting sounds of the times has always raised the stakes for others
Antworten Mich bei Antworten benachrichtigen 5 Helpful

3. Juli 2013
Most bands these days would kill for a discography like Simple Minds, up to and including 'Sparkle In The Rain' which I think is a hugely under rated LP. Sure, the 'stadium' years were pretty pompous and over bearing. For me (and I bought the LP's when they came out) the early years from 'Empires...' were some of the most interesting and inventive/creative reocords of that era. Mixing electronics and 'traditional' instrumentation with warped song structres. These guys were 'balearic' before most, and some of thier records still get played in clubs and at festivals to this day. My personal fave has to be 'New Gold Dream', if I had to reccomend 5 great LP's from the 80's this would be on that list. It's a beautiful and atmospheric tapestry of sounds and moods that still sounds light years ahead. How come no bands these days aspire to this kind of sound design? the closest anyone came was The Verve with some of their 'Storm In Heaven' LP which shared some similar textures but sadly lacked the great songwriting skill of SM.
'Sons Of Fascination/Sister Feelings..' is another fantastic and strange album with unexpected noises and textures through out. 'Sparkle...' does exactly that, it shines like a bright summer morning, clear blue with a white hot sun. It's propulsive rhythm section giving the band a more muscular feel, while maintaining the decent song writing skills ('Waterfront', 'Book Of Brilliant Things')
Do yourself a favour, get on ebay or discogs and grab some vinyl copies of the early LP's and treat yourself to a brace of some plain great albums.
Antworten  3 Antworten anzeigen Mich bei Antworten benachrichtigen 19 Helpful