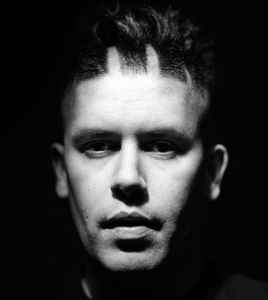 Bürgerl. Name:
Dev Pandya
Profil:
The musical career of Dev Pandya dates back to 1990 when Mixrace was formed with partner DJ Trax. From their first releases on leading hardcore label Moving Shadow, the pair went on to set-up and record for their own labels before Dev’s two alter-ego guise’s emerged in 1996.

Exploding across the scene with a string of 12" releases on Renegade Hardware, Total Science’s CIA, Certificate 18 and Reinforced Records, Alaska/Paradox soon became a name synonymous with abstract atmospherics and intricate breaks. His Alaska alias appeared at the same time yet focused on more ambient productions, releasing on labels such as Good Looking, Renegade Recordings, Vibez, Blame’s 720 Degrees and Tayla’s Nexus label. Pioneering a style that channels the 70’s funk of breakbeats, Paradox has always focused on the raw elements of drum and bass within his music. Appealing to an audience beyond the confines of a club environment, his production credits include work for ESPN, Konami Arcade platforms and Sony Playstation games in the Usa and Japan. Often choosing to position himself as an outsider, Paradox’s success has never been limited to that of the Ukorientated drum and bass scene. He has collaborated with some of greatest contemporary musicians the world has to offer, including Herbie Hancock, Shobha Gurtu, Toshinori Kondo and Bernie Worrell.

2011 saw Dev release the Ramifications LP (astonishingly Dev’s 9th vinyl studio album to date) and the follow up to 2002’s Reinforced Records What they don’t know LP. Like all Paradox albums the packaging was again stunning featuring triple-marble vinyl plus a solid-black disc for music lovers and record collectors looking for something extra special.

As a bonus, the solid-black disc version included extra tracks and more from the infamous Sample Me series - specially edited breakbeat samples for aspiring producers to loop and splice – and shows Paradox’s commitment to the grass roots of the scene, giving something back to the fans and those he’s inspired. When he’s not in the studio, Paradox is inevitably on tour and continues to entertain crowds with his live shows truly worldwide. Armed only with his trusty Amiga, synths and a mic, he performs a truly live PA, reconstructing tracks from his back catalogue and editing beats on the fly. He has performed over 200 live PA’s covering Australia, USA, Asia, Europe and beyond, and continues to venture into unchartered territory to represent his sound. Into 2013 and Dev Paradox is releasing 12”s at a fast rate. Singles on Arctic, Paradox and Samurai Red Seal have all surfaced and the 150th landmark 12” is on the horizon. Work has also begun on the 10th studio artist album confirming Paradox as the most consistent drum programmer over the last 23 years.
Seiten:
paradoxmusic.com, SoundCloud, mixcloud.com, Facebook
Aliasse:
Alaska (2), Alaska & Paradox, Brown (4), Dev Mixrace, Dev Pandya, The Brown Assassin
Varianten:
Alle werden angezeigt | Paradox
Dev Paradox