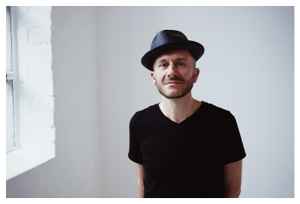 Bürgerl. Name:
F. Kron
Profil:
Spruddy was the singer of the legendary rock steady and ska band »Court Jester‘s Crew«.
In ten Years playing together they recorded four Albums, one together with the Godfather of Ska, Laurel Aitken and played more than 350 shows all over Europe.

After the Band split in 2003 he moved to Hamburg/Germany and started his solo works as a Reggae Singer. He released a bunch of singles together with Silly Walks, Supersonic, Blenders Finest, House of Riddim and African Beat. The Heart of Gold EP with Reggae Versions of Bob Dylan, Seal and Neil Young classics was produced by Jr. Blender in 2008.

2016 he released his Debut Album, produced by Jo Hirt, Jr. Blender and Silly Walks Discotheque on his own ockolicious records label.

Spruddy convinces with his lovely voice, catchy melodies, and honest lyrics. He is very versatile and manages all styles of jamaican music. But when you listen carefully, there is no doubt about the fact that rock steady and lovers rock are the biggest ifluences on his unique singing style. Beyond these jamaican influences you can find connections to other great singers as well. Also he is part of the great » A Tribute to Johnny Cash« show since 2003.
Aliasse:
King Sprud MC, Spruddy One
Gruppen:
Court Jester's Crew
Varianten:
Alle werden angezeigt | Spruddy
Spruddy One