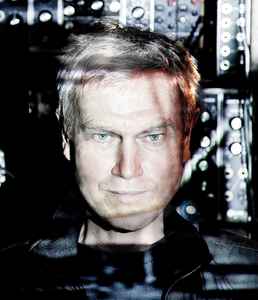 Bürgerl. Name:
Dennis Leigh
Profil:
He was born in Chorley, Lancashire, England, UK, as Dennis Leigh, 26 September 1948. His father was a coal miner and pugilist, his mother a millworker. During his youth he was a mod and a hippie, and at the same time he was also interested in album covers, Pink Floyd experimentalism, futurism and surrealism. His first band was called Woolly Fish.

In 1973, he was in Manchester, singing while playing a 12-string guitar, supporting Stack Waddy, but decided to go to London. In London, by means of a scholarship, he entered the Royal College of Art.

With the bands Tiger Lily (2) and Ultravox!, he experimented with different genres of music, such as glam, reggae, synth pop and industrial, influenced by Roxy Music, New York Dolls and Kraftwerk.

He left Ultravox in 1979 for a solo career, releasing his first album "Metamatic" in 1980, which showed an electronic style derived from synthesizers. He released three further solo albums, before taking a break from music in 1985 and concentrating on visual work.

6. August 2021
Discogs is very stupid again. The records by John Foxx & Robin Guthrie or John Foxx / Harold Budd / Ruben Garcia are mentioned, but there's not even a hint to John Foxx And The Maths.

It's a shame he stopped his career. J.f. ultravox! were at the same time stronger and more poetic than any other electronic act of their time. After fox's first two albums it seemed he could be on that peculiar p.Gabriel/b.eno/d.silvyan english highway, leaving the cult hero status..

26. Mai 2017
Dude, it's John Foxx...I mean you can't really knock the guy. He isn't Gary Numan or David Sylvian (Respectfully), but this guy made Metamatic. Best album of 79/80 for me. Anyway, way ahead of his time and has worked with AMAZING musicians!!!

John Foxx was a pioneer. First UK artist to record a complete album using synths alone. Sited by many pioneering dance acts as inspiration along with the likes of Kraftwerk. Also one of the best teachers I ever had. And still going strong today! Respect.

John Foxx was the original singer/songwriter in the early '80's art rock band Ultravox. He was replaced by Midge Ure,and embarked on a solo career. The earliest recordings are electronic, cold and robotic and dron-y in a catchy way. The later recordings began to incorporate more organic instrumentation.