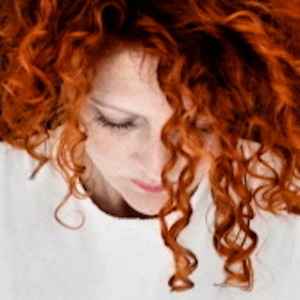 Bürgerl. Name:
Simona Calvani
Profil:
Born and raised in Italy, DJ Red is a key figure of the Roman techno scene. Resident of the iconic Goa Club and its notorious party Ultrabeat, her contribution has been essential to the development of Rome’s club culture. Constantly travelling among Rome and Berlin over the past two decades, she has built up a unique approach to electronic music both as a producer and a performer.

When in the DJ booth, DJ Red fully deploys her eccentric and multifaceted personality. From Berghain, Tresor to Awakenings and Exit Festival, she never fails to deeply connect with her audience. The manic perfection in selecting every single record and the commitment of her daily research makes it impossible not to be dragged by the intense, visionary techno sets.
The thriving passion for music blossoms also in her productions. Intertwining dynamic rhythms arising of electronic drums, organic tonalities and esoteric machines, DJ Red gives birth to pitch black, ethereal, aqueous soundscapes that reach the very core of her listeners. Her discography counts releases on labels such as Electric Deluxe, Wolfskuil Records, BPitch Control and remixes from Ricardo Villalobos, Zeitgeber (Speedy J and Lucy) and Stanislav Tolkachev.

DJ Red is a shimmering example of techno’s past, present and future -- a voice that continues to evolve alongside the genre she so proudly represents; time after time with each impressive performance.
Seiten:
SoundCloud, Facebook
Aliasse:
Simona Calvani