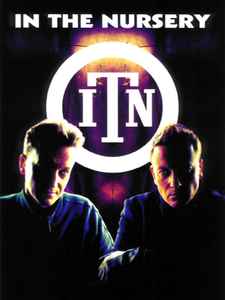 Profil:
In The Nursery are a neo-classical/martial electronica band, known for their cinematic sound. Based around twin brothers Klive and Nigel Humberstone, the band started out in Sheffield, England in 1981. The duo has provided soundtracks to a variety of TV programmes and films, and is known for its rescoring of silent films.
Seiten:
inthenursery.com, Bandcamp, Wikipedia, MySpace, SoundCloud
Aliasse:
Klive & Nigel Humberstone, Les Jumeaux
Mitglieder:
Ant Bennett, David Elektrik, Dolores Marguerite C, Klive Humberstone, Nigel Humberstone, Q.
Varianten:
Alle werden angezeigt | In The Nursery
ITN

10. August 2017
The Humberstone twins have added a lot of enjoyment to my life, I am grateful.
1 Antwort anzeigen

Probably two of the most prolific and talented composers in the modern classical movement since Philip Glass. Their 'Optical Music Series' of re-scores to classic silent films are kinetic, also seek out their electronic side project 'Les Jumeaux'. Trust me, you won't be disappointed.

27. Oktober 2002
In The Nursery are one of my favorite artists, and have been since the late 80's. Beautiful music that too often ends up lumped with the Gothic / Industrial crowd. They had elements of that type of music at one time, but they've transcended such convenient (and limiting) labels.
I have nearly everything they've released.