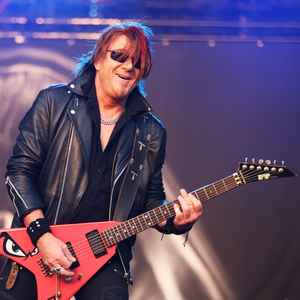 Hansen is the founder, lead guitarist, and vocalist of power metal band Gamma Ray, and the co-founder of German metal band Helloween who he rejoined in 2017 to tour with, having originally left in 1988.