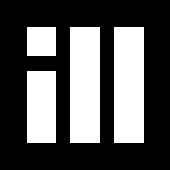 Bürgerl. Name:
Jonas Schiefferdecker
Profil:
Jonas Schiefferdecker, known by the stage name of Joney, is an experimental multi-genre music producer, drummer and sound designer from Hamburg, Germany.
His close association to the Golden Pudel Club and the Hanseatic crews named Eat The Beat and Ill, both still gaining momentum with their involvement in any kind of underground activities, is seen as seal of quality by many of the cities punters.
In 2013 he released his debut LP, “Illowhead“. The release received critical acclaim from both audiences and some of the most important music magazines. His tracks were described as “fusions of almost Autechre levels of razor-edged sound design with footwork, house, grime, vintage Detroit and other indefinable rhythms make for some of the most brilliantly produced music we’ve heard this month. 9/10" (Mixmag UK 17 May 2013)
Since 2010, Joney has been releasing a broad variety of productions and remixes, ranging from jazz influenced drum and bass, to garage or glitch and post dubstep influenced bass music, to house and techno club tunes.
He has captured attention of labels like Boys Noize Records, Audiolith, Staatsakt and Saturate Records for his remix work and original productions, and is widely recognized as being an accurate sound designer and passionate performer.
Seiten:
SoundCloud, Twitter, residentadvisor.net