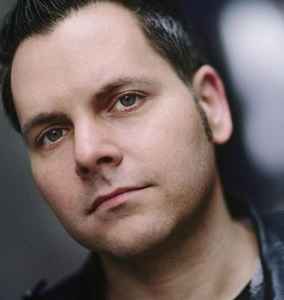 Bürgerl. Name:
Yoni Oshrat
Profil:
Yoni Oshrat is a near 30-year old Israeli with a rich musical background. His father is a famous Israeli composer and song writer, and previously working in the TV and movie-industry as a sound producer, before he discovered trance in the beginning of the nineties.

After after DJ'ing for years, things moved quick. He teamed up with his friend Dj Goblin to form the Children of the doc project, which later changed name to Psysex. Together they released 3 full length albums, and played a big part in establishing Israel as one of the most important trance-countries on the globe.

After several years of intense touring, playing at some of the biggest parties and festivals worldwide, Yoni's taste moved more and more towards the slower, groovier side of music, and from 2006 he is no longer a part of the "Psysex" project. Instead of that, he has started 2 new projects: "Schatsi", which is a electro-project, and of course "Ace Ventura".
Seiten:
MySpace, Facebook, YouTube
Aliasse:
Yoni Oshrat

Yoni Oshrat aka Ace Ventura is one of the best psychedelic, progressive trance acts of our time (my all time favourite) and I think his music is intended to be listened to LOUD, in clubs - ideally at the big parties and festivals, such as Ozora, Boom, Universo Parallelo, etc. on the huge sound systems, so you can feel the bass in your guts!!! In my opinion only at the volume levels you have there you can hear all facets or layers of this music.

Yoni really understands to entertain you with a pumping bassline, deep tribal progressive trance... I love it when he let's the bass fade out, a build-up follows, there's a split-second pause and the bass kicks in again... or the same track evolves into something completely different (new tempo, new theme), yet still seems to blend in perfectly... gives me goosebumps and I get excited just thinking about it. ;-)

Vinyl or CD is no doubt the better listening experience for at home talking about media, but this should be a review about the artist in the first place and he really kicks ass. Listening to his music at a trance festival is an unforgettable experience, when the crowd is dancing as one, as a swarm - still everybody to their own rhythm, but aligned to the DJ's performance. At the moment Ace Ventura is often the front liner (or one of the front liners) at those big events which proofs his popularity and quality.

I also absolutely love his various projects with other great Psy/Prog acts, e.g. Zentura (with Zen Mechanics), Liquid Ace (with Liquid Soul) or Easy Riders (with Rocky). I can't wait for his new album 'Paradise Engineering' to be released and I really hope he keeps doing what he does for a looooooong time!!!
So seeing this artist live is the way to go: https://www.facebook.com/AceVenturaMusic/app_153332064731618

This artist has been reccommended to me so i have done a bit of research but i have to say, but if it aint released on vinyl i won't listen to it at all, it's vinyl or nothing!!! i aint interested in stupid MP3 files, this trend of only releasing on MP3 SUCKS, especially when it comes to electronic music, Vinyl will always be the purist form of dj'ing, i could maybe resign myself to cd if there was no vinyl at all but MP3 arouses no enthusiasm at all in me!!!!!