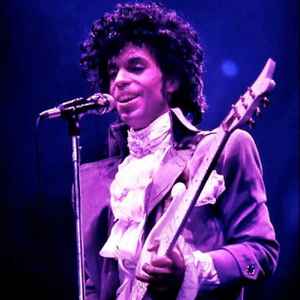 Bürgerl. Name:
Prince Rogers Nelson
Profil:
American singer, musician, songwriter, composer, arranger, sound engineer, producer, actor, dancer. Frontman of Prince And The Revolution (from 1984 to 1986). And from 1991 onwards he was Leader of the New Power Generation (which evolved the line-up almost every year) until his passing in 2016. Prince was inducted into the Rock And Roll Hall of Fame in 2004.

From 1986 to 1994 he ran Paisley Park and subsequently NPG Records resulting from his high profile disputes with Warner Bros. Records. Prince also had distribution of his music via various websites like NPG Music Club, lotusflow3r.com, 3rdeyegirl.com, and 3rdeyetunes.com. He was also supporter of Tidal (3), with exclusives being made available on the platform sporadically.

Son of pianist and songwriter John L. Nelson, brother of Tyka Nelson (sister) & Sharon Nelson (half-sister) was famous additionally for his work in the band Prince And The Revolution.

19. Mai 2022
I have a VERY RARE Prince Video-cassette Tape (VCC / Video2000) from the movie PURPLE RAIN.
Original Warner Home Video Rental Issue from The Netherlands, (c) 1984
Any idea if i can list that here on Discogs as well?

9. April 2022
Someone please explain why Prince and the Revolution is being excluded from being properly linked to this Prince master page?
https://www.discogs.com/artist/96774-Prince-And-The-Revolution

22. März 2022
king of unofficial releases. there's so much lore behind him, it's so fun going through every official album in order.
Antworten Mich bei Antworten benachrichtigen Helpful

Prince released too many official and unofficial records during his cruelly short lifetime for most of us to catch up with so much good music. We knew he was a genius while he was still with us (well, I got that ever since discovering Prince when 'Controversy' was released), but now he's dead, like some said about Napoleon, he's even greater dead than living.

8. Dezember 2019
It is absolutely stupid that the "Prince & The Revolution"-releases are not listed here.
Everyone searching discogs for a Prince discography expects these records to be filed under "Prince".
It gets even more stupid when you see the "Prince & The NPG"- and "Prince & 3rdEyeGirl"-releases in this list here.
Antworten  5 Antworten anzeigen Mich bei Antworten benachrichtigen 28 Helpful

5. März 2019
Can anyone tell me if the hits can be found on LP?
Antworten  5 Antworten anzeigen Mich bei Antworten benachrichtigen Helpful

9. November 2018
Agree with Vog's comment, all of Prince's work should be included in one place, it's daft to treat Prince & The Revolution separately
Antworten  2 Antworten anzeigen Mich bei Antworten benachrichtigen 17 Helpful

6. Juli 2017
Been listening to a lot of Prince recently since his rediculously early death. Was the first artist I started listening to from about 12 years old and have loved him ever since ( I am 47 now!). I struggled with his material after the Black Album but he was still able to surprise and keep the funk and I don't care what anybody else says there was no better live act on the planet! His first 11 albums plus all the brilliant extended versions on the 12"s mean so much to me, they bring back so many memories, being at Wembley for the first night of Lovesexy and coming on stage in a car! Going to see under the cherry moon at the cinema in Leicester Square and being the only person in there with my mate, sitting at the front and dancing to every song!! I will treasure his music until I am old and grey! Miss you Christopher Tracey!!
Antworten Mich bei Antworten benachrichtigen 21 Helpful

It makes ZERO sense that Discogs includes the NPG and 3rdeyegirl (and 94 East?!) albums here but lists the Revolution albums and "Artist" albums separately. Please just put them all in the same place. Thanks.
Also 1999 is a Revolution album. And the German release of the Gold Experience promo is here. Lord, what a mess.