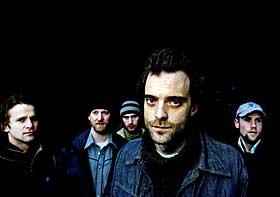 Minor Majority is a norwegian pop/rock band that was founded by Pål Angelskår and Andreas Berczelly in the Spring 2000. Their first album, "Walking Home From Nicole's", was released one year later with good help from singer and songwriter Karen Jo Fields.
In November 2001 the guitarist Jon Arild Stieng became a member of the band.
Spring 2002 they went on a tour for the first time. Berczelly left his active posision in the band at the same time, and began to focus on producing music for the band instead, which he has done since.
Summer 2002 their next album, "If I Told You, You Were Beautiful", were released. Harald Sommerstad joined the band in the Spring 2002, and the band was now a trio.
Before the Quartfestival 2003 the drummer Halvor Høgh Winsnes and the bassist Henrik Widerøe joined the band. It was now completed, and in the latesummer 2003 they recorded the album "Up For You & I" in Sommerstads cabin not far from Halden in Norway. It was released in January 2004. And with 24 weeks on VG-lista, one goldenrecord and nominations to more than one award for the best norwegian popalbum in 2004, it became a success.
After the following Europe-tour the band spended large parts of 2005 in Berczellys studio. In January 2006 they released their 4th album, "Reasons To hang Around", which gave them Spellemannsprisen 2006 in the popgroup category.
When publishing their 5th album, "Candy Store", the band announced that they were planning to take a break after the tour in September 2007.