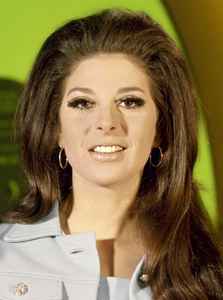 25. September 2021
I have an addition:
Capitol EAP-21611
Mexico 1970
Bobby Gentry Y Glen Campbell
A1 All I Have To Do Is Dream
A2 Walk Right Back
B1 Little Green Aplles
B2 Let It Be Me
beautiful pic sleeve showing the two singers on two seperate colour photos

20. Juli 2019
I like the fact that she stopped making music after a while and called it a day .I wish more people would do the same.