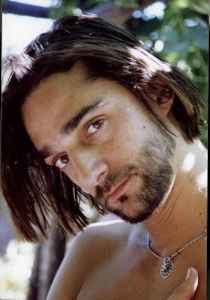 Bürgerl. Name:
Ricardo Villalobos
Profil:
Villalobos was born in Santiago, Chile on 6th August 1970. At the age of three, in 1973, his family moved to Germany after General Augusto Pinochet overthrew the socialist government of Salvador Allende.

Whilst active as a DJ and musician through the mid to late 1990s, Villalobos is most recognised for his contribution to the development of microhouse and minimal techno in the early 2000s.

11. Mai 2022
This producer is garbage but his hipster fanbase is even worse
3 Antworten anzeigen

26. Mai 2020
Revisiting his catalog today. Several releases still sound remarkable. I almost feel sorry for those who can't hear it.

4. Dezember 2015
there is nothing to get. if you have the time, ricardo has the vibe.

17. September 2015
Maybe all the critics that are not impressed by ricardo should listen to the stuff between 1998 and 2007 to understand the hype about him. And should I mention that it is druggy, repetitive music that needs time? Perfect music for Afterhour-Parties, when you are far away from being sober - like him ;)

30. März 2015
I hold my hands up and admit I simply just do not get what the fuss is all about. I find his music boring and totally lacking in content, I just feel nothing when I hear it.
On a good night he can be a fantastic DJ playing very varied sets and playing far more interesting, groovy and sexier music than he makes.
1 Antwort anzeigen

11. Dezember 2014
there's a difference between minimal and boring and for all the fans and money ricardo viallobos is stuck in the latter. there's nothing to his tracks, no groove, no hunger. its not even intricate. If you want minimal head detroit's way and listen to hood and terrence dixon. they'll show you the way
1 Antwort anzeigen