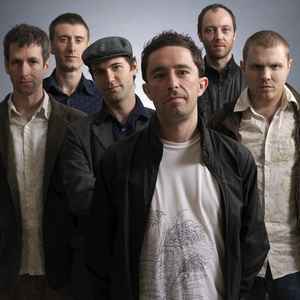 Profil:
J Swinscoe first formed a group called Crabladder in 1990, whilst studying Fine Art at Cardiff College, releasing one official single on his own Power Tool label. In 1994, Swinscoe was given a DJ spot on Heart FM, a pirate radio station in south London.

Their debut album, Motion, was released in 1999. The critical success of that album led to them being asked to perform at the Director's Guild Awards ceremony for the presentation of the Lifetime Achievement Award to film director Stanley Kubrick.

The band were asked by the organisers of the Porto European City of Culture 2000 festival to write a new score to Dziga Vertov's classic 1929 Russian silent film Man with a Movie Camera, to be performed live in accompaniment with a showing of the film. The work differed from the band's usual compositions due to its live performance, ruling out the post production work that was present on Motion. The Cinematic Orchestra toured with the work and later released it on an album of the same name. Many of the compositions originally created for Man with a Movie Camera were later adapted from live form (adding in vocal tracks and electronic elements, among other changes) for their next album, Every Day.

The Cinematic Orchestra released the album Ma Fleur on May 7, 2007.

The Cinematic Orchestra performed the soundtrack to the Disneynature film "The Crimson Wing: Mystery of the Flamingos", released on December 15, 2008.