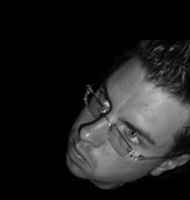 Bürgerl. Name:
Christian Quast
Profil:
Christian Quast found his way to electronic music in the young age of thirteen and back the progress of his music always was one of his major priorities. Additionally he then already experimented with music software on Commodore C-64 and later the good old Amiga 500. Caused by lots of long nights in Hamburgs Clubs, especially the UNIT, Christian`s affection to electronic sounds developed more and more and resulted 1991 in first steps to an own music studio.

At the same time he met Gary 138 D. and the first tracks of Christian Quast were played together in the studio. Christian Quast bought from Gary 138 D. various synths / equipment and continued to concentrate on producing new tracks and develop his own style.

In 1995 Christian Quast played the first live acts under the name „Aural Seduction“ and his first track has been released on CD together with Acts like : Timo Maas, Martin Buttrich, Gary D and more. Meanwhile he met Stefan Brinkmann and another project was found : „Propan“. Endless hours of studio sessions where recorded on DAT in the new analog studio based in Hamburg. There has been more and more experimentation, with vocals, equipment, modular systems, effects and the first vinyl release followed very quickly in 1996 which received overwhelming reviews. Followed by this successful partnership there has been a lot of live gigs between 1996 an 2000.

At the same time, Christian Quast was moderator at his German Radio Show „Radio Mind Wired“ (Future Sound of Hamburg, Music Works), a broadcasting which run once a month in Hamburg as a popular contrast to commercial radio stations and to spread the news of the young electronic music scene (1992-1997). Lots of inspiring impressions he may have gotten from their numerous guests: e.g. Azzido da Bass., Tobias Lampe, Martin Buttrich, Steve Bug, Gary D, Timo Maas, Oliver Huntemann, Boris Dlugosch and many more.

There came a time when the broadcast show seemed to be positioned too far away from the general audience and the Trance -Hype has been too strong in Hamburg, so the Radio Show was abandoned. Christian Quast had to pause his music interests anyway due to job-related reasons.

2001 fortunately, Christian Quast decided to give room to his own musical visions again and hit off with a solo project under his real name. During this time he enthralled with very energetic hardware live acts wich left hardly anybody calm on their seats. Until now he played in famous clubs like the Tresor (Berlin), Phonodrome (Hamburg), Depot (Stuttgart), Golden Gate (Berlin), Chillen & Grillen (Regensburg), Waagenbau (Hamburg), Magdalena (Berlin), Hafenklang (Hamburg) Waagenbau (Hamburg) to name a few.

From his early years with electronic music on, he always used music as an expression form for himself, without any orientation on mainstream and is one of the few who manage to fascinate with this instead of becoming just wacky. His style evolved to a mixture of experimental and modern sounds, whereby succeeds surprisingly in combining harder sounds with such melodies, so that the result fascinates a various kind of people also those among with more sensitive ears!

Christian Quast participated in projects like Classic the Fist, Praefutura, Open Source and Yatsuo Motoki feat. Paul Sanchez Jun. Beneath Dienstag with his jazzy saxophon sounds, Platte 19 with their percussion beats and the great voice of Shirin.