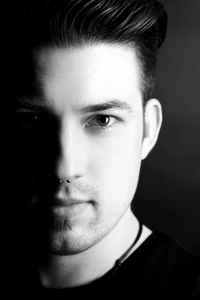 Bürgerl. Name:
Marcel Uhlig
Profil:
Marcel Cousteau, Deejay and Producer from Dresden. Born in 1981 in Freiberg, a small town in the east of Germany. He had his first experiences with electronic music when he was just three years old. In his childhood he heard songs from the "Neue Deutsche Welle" and the German electrical power station Kraftwerk. At the age of ten he had a new sound, called Chicago House and Detroit Techno ... He had his first techno event a little later at the age of 15. This was to be the starting signal for his own DJ career, which then began in 1999. Marcel Cousteau has been producing since 2003 and has since released numerous Hard'Techno and Techno tracks on labels such as Abstract, Inflicted Naked Lunch, Crowbar, etc. There are also numerous CD compilations. National and international gigs followed, including at Tresor (Berlin), U60311 (Frankfurt), Fabrik (Madrid), La Cova (Barcelona), Clash Club Sao Paulo, Nature One Festival etc. Marcel is currently working on new Releases in the field of techno. His sound can be described as hard, dirty, spherical and dark.
Seiten:
Facebook, instagram.com, SoundCloud, beatport.com, marcel-cousteau.de, MySpace
Aliasse:
Marcel Cousteau & Justus
Mitglieder:
Marcel Cousteau & Justus
Varianten:
Alle werden angezeigt | Marcel Cousteau
Marcel Coustau