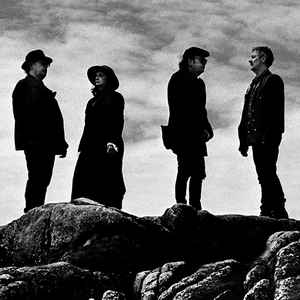 Profil:
Irish family group, started as folk/folk-rock/folk fusion in the early 70s, but with their 1982 album, moved to an unusual style of folk-based music typically involves much use of synthesisers and electronic production techniques. Fronted by Maire Ni Bhraonain AKA Maire Brennan, who recreated her vocals from "Theme From Harry's Game" for Chicane's hit "Saltwater".

'Theme From Harry's Game' was released in the winter of 1982. Radio programmers and audiences were captivated by the dense harmonies and the Gaelic words. It leapt into the Top five in the UK charts. The 'Magical Ring' album followed in 1983, and by now brothers Pol and Ciaran were writing evocative and powerful music. This was furthered on 'Legend' a soundtrack commissioned for the television series, 'Robin Of Sherwood' in 1984. During this period, the band received numerous awards including an Ivor Novello and a BAFTA for their ground-breaking work on this album.

This primed the band for one of their most mesmeric records. 'Macalla', released in 1985, featured more electronic arrangements, while Maire's voice was reaching the extremes of joy and melancholy. A chance remark to their friends in U2 resulted in Bono singing a duet with Maire on the track 'In A Lifetime'. This charted twice, in 1986 and again in 1989. The follow-up, 'Sirius' was completed in Los Angeles with some of the city's most famous musicians, as the Clannad sound took another unscripted change.

'PastPresent', released in 1989 brought the music of Clannad to an even bigger audience. Summarising their first four RCA albums it became a much-loved fixture in the UK chart eventually going Top 5. The BBC had obviously noted the huge success of the soundtrack to Robin and commissioned a project that would become the outstanding album 'Atlantic Realm'. This was followed in the same year by Clannad's first soundtrack work on an animation, 'Angel And The Soldier Boy'.