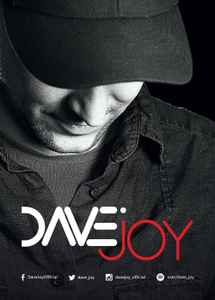 Bürgerl. Name:
Marc Hunziker
Profil:
A household name in the hard trance scene, in his time DJ’ing Dave Joy has accomplished a large, ever growing list of achievements which should ensure his longevity for many years to come. In addition, his production, remixing and record label work have contributed a great deal to the hard trance community over the past decade.

Joyride Music itself has signed many productions world-wide and Dave has built up strong relationships with both producers and djs from various countries, sourcing material from Australia, United Kingdom, Japan, Spain and Germany.
Dave isn’t a newcomer to production, with releases under the ‘Dave Joy’ name being an amalgamation between Dave and his partner/engineer David Prodygee (owner of MoonmanProductions). As well as the smash First Impression there have been many successful collaborations with other artists which were championed by some of the world’s leading DJs and gained massive radio and club plays world-wide.

Dave’s professionalism is renowned, for he does not let his accomplishments affect his personality, staying the same down to earth person he was when he got his first big break at a local club in Switzerland. He has a strong love for Australia, supporting local djs and producers with all his heart and effort while on tour. He can not be faulted for is his huge dedication towards up and coming artists, proving that as a DJ he’ll never forget his roots...
Seiten:
davejoy.com, joyridemusic.net, fb.com, instagram.com, Twitter
Aliasse:
Marc Hunziker, Mark David (7)
Varianten:
Alle werden angezeigt | Dave Joy
D. Joy