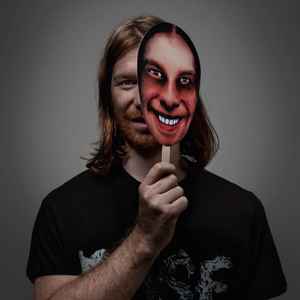 Grammy Award winning composer, in 1991 he co-founded the Rephlex label with Grant Wilson-Claridge. After having released a number of albums and EPs on Rephlex, Warp Records, and other labels under many aliases, he gained more and more success from the mid-1990s with releases such as "Come To Daddy" (1997), #36 on UK charts, and "Windowlicker" (1999), #16 on UK charts.

16. Juli 2022
we´re defying artificial intelligence as a means to new oppression, since we already have intelligent music to give us real wellbeing and prosperity!

26. April 2022
Long ago I acquired a Beethoven head bust, stumbled upon in a charity shop, but I'm still waiting for my Richard D. James one to complete my set of greatest composers in Western Music.

30. November 2020
Is there a reason we don’t see a reissue campaign for all his work?

The Boards of Canada reissues went well as far as I could see. The same can be said for the Autechre reissues, and Biosphere is doing well with reissuing his albums. Why can’t we see full Aphex reissues, box sets, etc?

Is he against it? Warp doesn’t want to mess with it?
10 Antworten anzeigen

3. April 2020
Does anyone know if 15 sekonda can be found anywhere on vinyl? thx

24. Oktober 2019
I'm so thankful that I found Richard's music in the mid 90's. Been listening to it ever since. An amazing artist. He has definitely had a profound effect on not just electronic music, but, other genres of music too.

4. Oktober 2019
anyone know if the peel session album that's coming out this year will have a CD release or it's just vinyl?
1 Antwort anzeigen

19. April 2019
Double Leo, Cancer moon in the 12th house, Neptune in the 4th, and Mars conjunct North Node in Aquarius smack dab on the descendant... what more needs to be said ;)
7 Antworten anzeigen

11. April 2019
I really, really hope he goes through with re-releasing his stuff on metal/chrome tapes. I want all the early stuff on tape, but not for the prices it goes for!