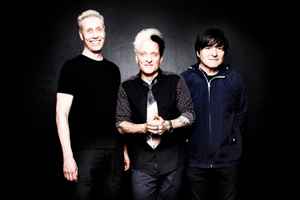 Profil:
Die Ärzte are a German Pop-Punk band from Berlin, formed in 1982 by Farin Urlaub and Bela B. with Sahnie becoming the third member.
Sahnie was fired from the band in 1986, he was replaced by The Incredible Hagen. Die Ärzte split in 1988.