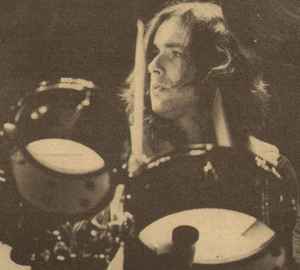 Wow 316 recordings this guy has been on and all kinds of groups..... I guess that’s why the listing says legendary drummer...... it says “died of pneumonia” I just had pneumonia in the fall of 2021 it’s sucked I couldn’t breathe right for two months no other symptoms- I could walk around like nothing was happening except for the breathing....... especially at night when you lay down to go to bed- you start to panic because you can’t breathe..... could’ve been the end of Covid I don’t know- diagnosis was “pneumonia”.

Legends and Facts
Sorry guys, Jaki was a great drummer, yeah. But he's overrated. Surprisingly, it has to do with Holger Czukay. He, who mixed the legendary Can-albums Tago Mago & Ege Bamyasi partly with tape looping technique, has heavily contributed to make Jaki a legend. But listen to what is already happening in the last phase of Can (in the new studio): Jaki suddenly hardly plays these driving, hypnotic rhythms anymore (maybe the last time he played in 'November' on 'Out of Reach') but limits himself to his reduced, snare-emphasized playing, with an extremely dry sound and keeps it from the 80s until his death, without growing big, even to get rid of the bassdrum and hi-hat at the end. I don't know about you guys, but that's exactly why I was fed up with the duos with Friedmann, for example. Admittedly, there were always funky exceptions (e.g. 'Drums & Club of Chaos') and interesting projects where Jaki appears (e.g. MIR), but he never found his way back to those hypnotic rhythms that established his legendary reputation - for the simple reason that they were not really his merit. How Holger ''celebrates" Jaki in the studio, can be seen quite well in the Can-Rockpalast concert of 1970, for example. As far as I can remember, Holger recorded the drums with only three microphones in the days of the Innerspace-Studio and remixed it so ingeniously, as if half an orchestra came along... that's exactly how the hammer track 'Hallelujah' sounds! Of course, all members are measured on CAN after the split; in my opinion, no one's projects have reached the density and complexity of that time. Finally, it is impossible to overlook the uniqueness of Holger Czukay, who has shown the greatest and most original creative will. All the others - including Jaki - got stuck somewhere in midfield.