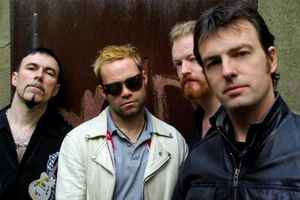 Profil:
Apollo 440 is an English electronic music group formed in Liverpool in 1990.
The group has written, recorded and produced five studio albums, collaborated with and produced other artists, remixed as Apollo 440 and as ambient cinematic alter-ego Stealth Sonic Orchestra, and created music for film, television, advertisements and multimedia. Over eleven years, they notched up eleven top-40 UK singles with three top-10 and had a chart presence worldwide.
Its name comes from the Greek god Apollo and the frequency of concert pitch - the A note at 440 Hz, often denoted as "A440", and the Sequential Circuits sampler/sequencer, the Studio 440. They changed the writing of their name from Apollo 440 to Apollo Four Forty in 1996, though they switched back for their latest album.